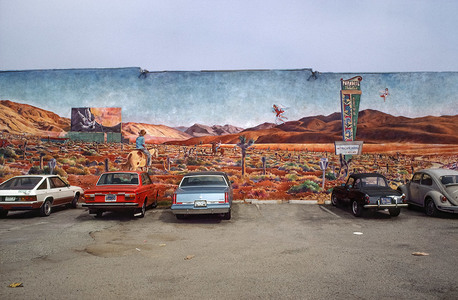 Myth of the West.

Photographed in 1980 in Venice Beach, California.

"The Fall of Icarus" was painted by artist John Wehrle in the late '70s, on a wall facing the ocean in Venice Beach. I found that it brilliantly encapsulated the American mythology of the West, of manifest destiny, entitlement, exploitation, ambition and folly.

The mural has been tagged, graffitied and overpainted out of existence, which to me represents an appropriate footnote to the American dream. 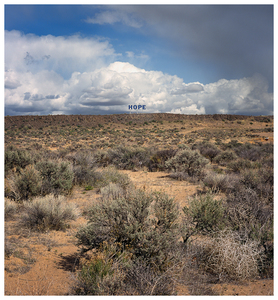 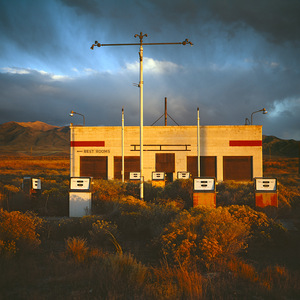 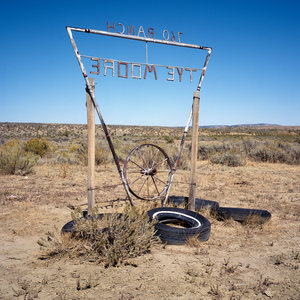 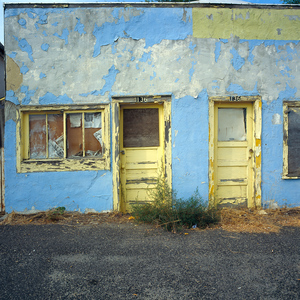 In 1995, an iinventor from Grand Coulee named Volcheck drove across the country and back in a vehicle modified to run on a special gas he had invented, following a clue from Leonardo da Vinci. The trip consumed $10 worth of his wonder fuel. After word got out, he was invited back to Washington DC to meet with important government people. While he was in D.C., federal agents raided his workshop in Grand Coulee and destroyed or confiscated his plans and components. He was subsequently convinced by government agents to forego any such projects in the future.

Anyway, that's the story the locals told me, and that's how it is told on the internet. 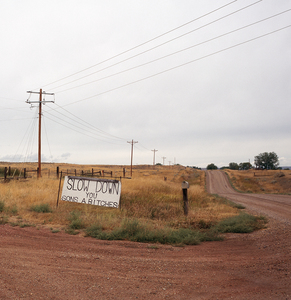 At the End of Hanging Woman Road, Wyoming 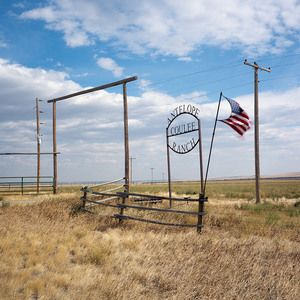 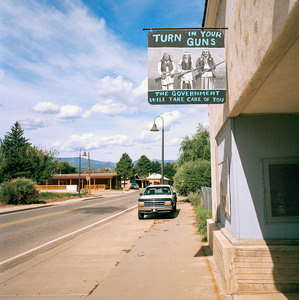 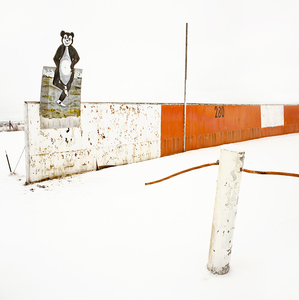 In February, with blowing snow obscuring the horizon, a bear in cleats surveys a snowed-in ballfield.  Seneca lies at the extreme northwest corner of the Great Basin. The bear faces southeast, away from the Cascades and toward the desert basins of southeast Oregon and Nevada.

I can construct a geographical fantasy in which the fence is the hydrological divide: the snow melt to the west beyond the fence will find its way to the Columbia River and the Pacific, while water from the snow in the ballfield will flow eastward to evaporate in the shallow lakes and alkali pans of the Great Basin Desert.

This fantasy, too precise by far, helps me to understand the physical geography as well as the human defining and re-shaping of it. 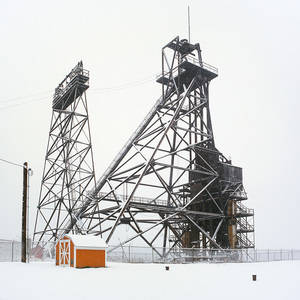 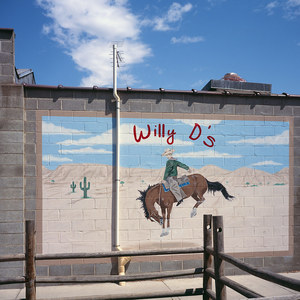 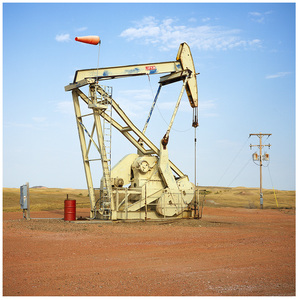 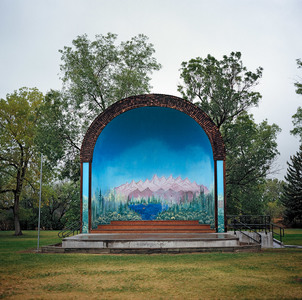 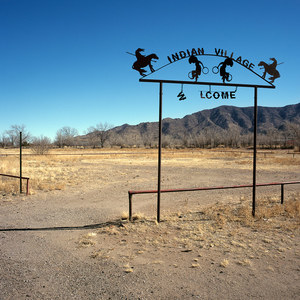 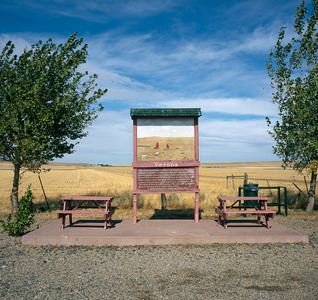 The Story of Verona, Montana 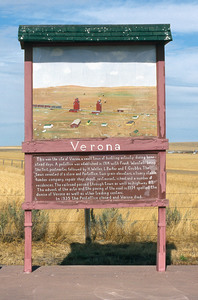 The Story of Verona (Detail)

All the Local Brands, Alpine, Texas 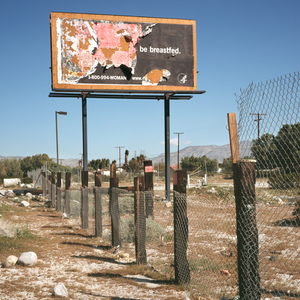 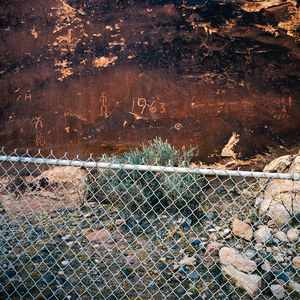 Custer Died for Your Sins. 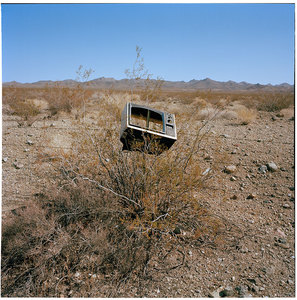 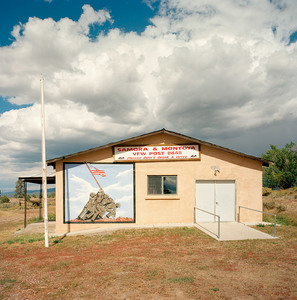 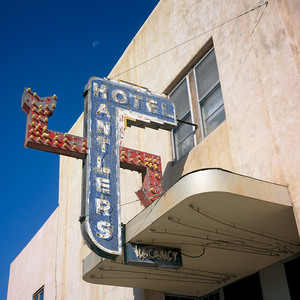 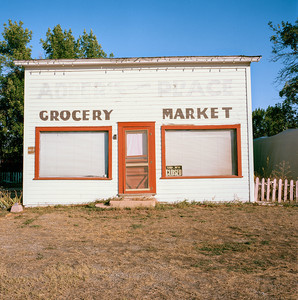 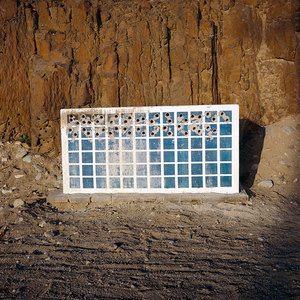 This is a thick rectangle of concrete, erected in front of a natural wall of well-columned basalt. Republic is in mining country. As a part of the town's summer festival, miners compete with their jack drills by drilling holes in the concrete (and a few in the basalt as well). Similar objects can be found in other mining communities around the west. 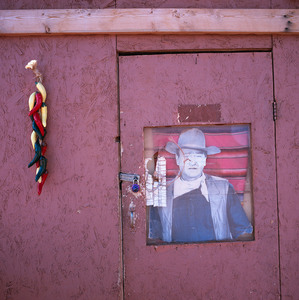 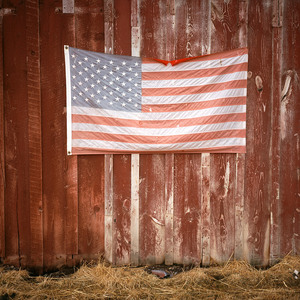 The ZX, owned by J R Simplot Co., was once and likely still is the largest working cattle ranch in the US. 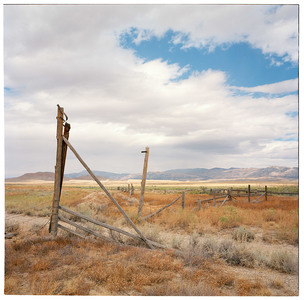