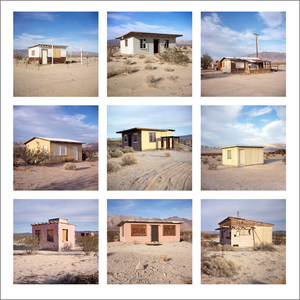 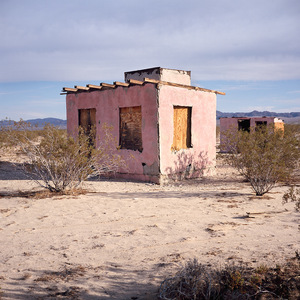 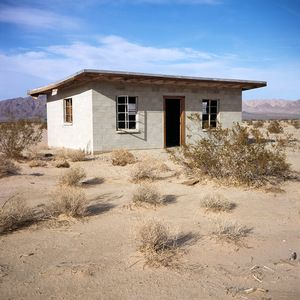 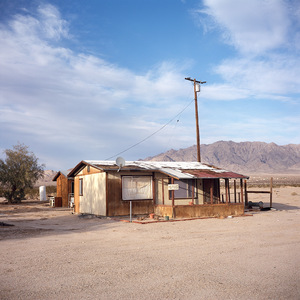 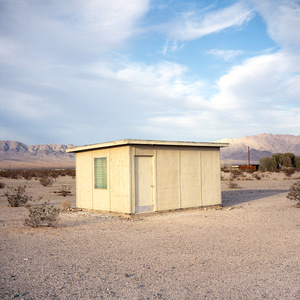 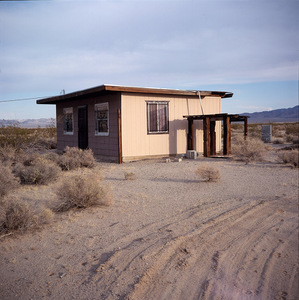 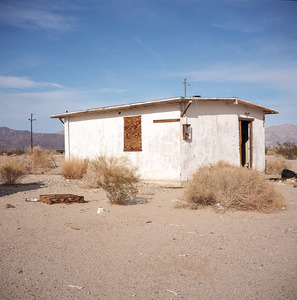 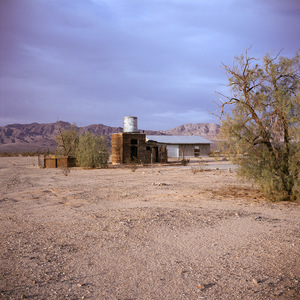 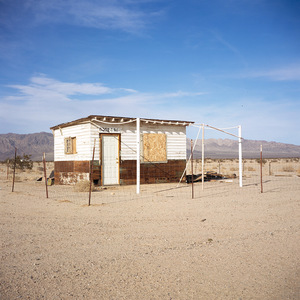 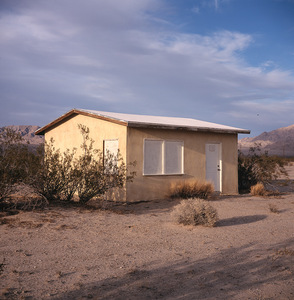 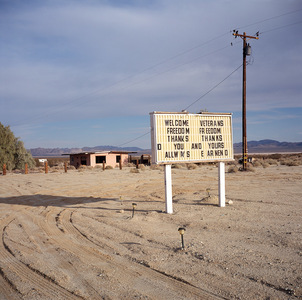 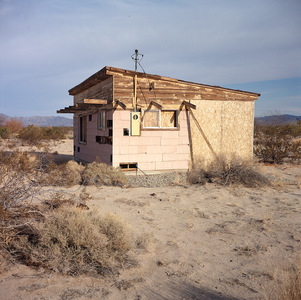 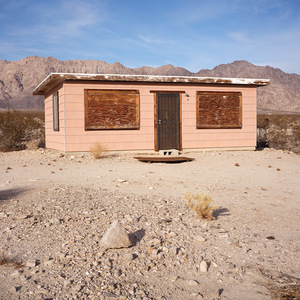 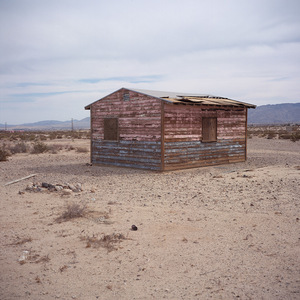 There might be thousands of these tiny isolated houses, commonly called Jackrabbit Homesteads, in California's Mojave Desert and elsewhere in the arid lands of the West. These are in Wonder Valley, along the road between Amboy and Twentynine Palms, to the north of Joshua Tree National Park.  Some common house designs could be purchased by mail and shipped from Sears Roebuck to the owner's site.

"The Small Tract Act of 1938 was enacted in response to requests by primarily World War I servicemen who wanted to move out in the desert for health and recreational purposes. Subsequently, after World War II, Southern  Californians began looking for small acreages in the desert to get away from the smog and burgeoning population centers.  The Small Tract Act was about the only method of making federal land available.  Local counties were enthusiastic about "getting lands on the tax rolls", and were not concerned about infrastructure (roads, water, power, schools) to support such development."
- Lou Bellisi, in "BLM and the Small Tract Act in the Southern California Desert - A Brief History"
Loading...